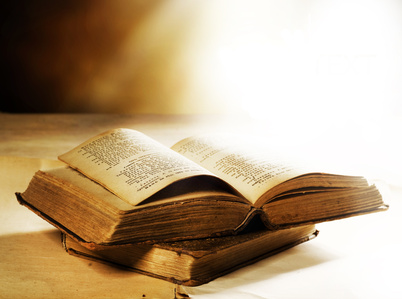 Reading Comprehension (RC) is the most common type of question found on standardized tests. RC questions test your ability to understand and evaluate complex reading material. You are given a passage along with some questions based on the passage. On the GMAT, you can expect four RC passages with three or four questions per passage. You do not get extra time to read the passages, so you must allocate part of your 65 minutes for this purpose.

Passages are based on material from one of three broad subject areas: business / economics, history / humanities, and science. Passages are purposely written in a dry, boring manner and often use difficult vocabulary. All the information needed to answer questions is contained within the passages; no outside knowledge is required. Passages can range from 200 to 350 words in length, although we find around 225 words to be most common. It is important to note that RC passages were longer in the past, up to 480 words. Since the Official Guides use retired GMAT questions, you may find some such lengthy passages in those books, but the length of those passages is not representative of today’s GMAT. Also, unlike those in the Official Guides, the passages on the GMAT do not have line numbering.


How to Approach GMAT Reading Comprehension

As with Critical Reasoning questions, we recommend that you take a first quick pass through all five answers to familiarize yourself with the options and to eliminate answers that are definitely wrong. Do not spend much time evaluating answers in the first pass, because you may identify a subsequent answer as the correct choice. Only after the first pass, take a second pass at the worthwhile answers, referring back to the passage as necessary to choose the correct answer.

Let’s try a sample problem. Attempt the problem on your own before viewing the answer and explanation. The passage is typical of what you will find on the GMAT, but we present only one question here.

Under Danish control since 1388, the Faroe Islands have long been governed by the Danish Amtmand (administrative overseer), with the unicameral Faroese Løgting (parliament) serving as an advisory body. Niels Winther was among those who sought a greater role for the Løgting. In July 1851, the Faroese narrowly rejected the “official” candidate and instead chose Winther to represent them in the Danish Folketing (parliament). Winther introduced a bill for Faroese home rule, but was out-maneuvered by Danish Interior Minister Frederik Tillisch. In 1852, Winther started a newspaper in which he criticized the Danish monopoly over Faroese trade in a way the officials found defamatory. He was fined heavily, and the newspaper ceased publication. Embittered by the difficulty of getting anything done for the Faroese, he retired from the Folketing.

Despite its limited political authority, the Løgting became the political platform for the Faroese secession movement in the next century. The secession movement was not so much a reaction to Danish hegemony as to the threatened demise of Faroese traditions and the rise of a native intelligentsia. A consultative referendum was held in September 1946 on the question of secession. The result of the vote was a narrow majority in favor of secession, but the coalition in the Løgting could not reach agreement on how this outcome should be interpreted and implemented. Because of these irresoluble differences, the coalition fell apart. A compromise was ultimately reached, however, and the Folketing passed a home-rule law that went into effect in March 1948.

Which of the following would the author of the passage most likely agree with?

As with many RC passages, this passage is purposely is written in a dry manner and uses difficult vocabulary. The first paragraph introduces the Løgting parliament of the Faroe Islands and the role that Niels Winther played in the mid-1800s in trying to expand its scope. The second paragraph discusses the secession movement that grew out of the Løgting in the 1900s. Before proceeding, it may be helpful to briefly define a few of the more challenging words used within the passage, particularly those that may impact our choice of answer:

The question asked is an Author's Tone question; we must detect which statement the author would agree with. Our correct answer may not be explicitly stated within the passage, but should reasonably follow from what is stated. As with most RC questions, we must resist the temptation to choose an answer simply because we recall those words from the passage. We must instead find one or more specific statements within the passage that demonstrate that the entire answer is consistent with the author’s beliefs. Let’s go through the available choices.

"Vinay was an outstanding GMAT instructor. He explained concepts clearly and brought a lot of insight and knowledge about the exam. He was both very patient in answering questions and very methodical in his explanations. Not only did he explain the reasons for the correct answer choices, but he also explained the reasons for the incorrect answer choices. This helped me prepare for the GMAT exam."