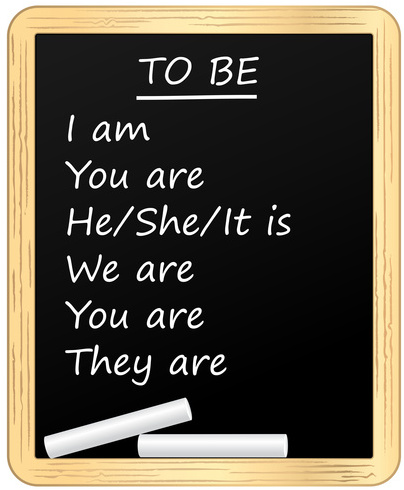 English grammar is a broad subject, but fortunately the GMAT tends to focus on some specific types of grammar issues. Below we introduce the most commonly-tested grammar issues. Other grammatical and stylistic issues tested on the GMAT include active vs. passive voice, adjectives vs. adverbs, gerunds, possessives, redundancy, and subjunctive mood.

Although grammar is critical, it is not the only aspect of Sentence Correction. Expression and meaning are also essential elements of SC questions. Expression refers to how a sentence is written. All else equal, a sentence should be clear (not ambiguous) and concise (not unnecessarily wordy). Meaning refers to the intended meaning of a sentence. When read literally, a sentence should make logical sense, not imply something illogical. Also, the sentence’s focus should be on the primary idea that the author wishes to convey. Finally, our preference should be to keep the original meaning of a sentence, unless we need to fix a logical issue or change the focus to the primary idea. As the GMAC has tried to prevent students from doing well by simply memorizing certain grammar rules, meaning has become increasingly important on SC questions.


How to Approach Sentence Correction

In approaching SC questions, process of elimination is very important. We should first read the original sentence carefully and try to identify any grammatical or other errors. If we find an error, we can immediately eliminate answer A (always a repeat of the original underlined portion). Furthermore, we can skim the other four answers and eliminate those that retain the original error. Of course we will not always find an error, either because we just missed the error or because there is no error (i.e. answer A is correct).

After this, we want to scan the answers for “splits”, or differences in construction. For example, perhaps two answers use a certain word and the three other answers use an alternate word choice. Not every SC question will have splits, but most of them do, particularly at the beginning and at the ending of the answer choices. Upon observing a split, we can try to make a decision as to which is the correct form and which are incorrect. Based on this, we can further eliminate some answer choices. Only after exhausting splits should we analyze each of the remaining answers one at a time, because doing so is more time consuming.

Let’s try a sample problem. Attempt the problem on your own before viewing the answer and explanation.

A human sperm cell will transform into a baby boy or a baby girl after it fertilizes a human egg cell, depending on its XY chromosome.

In this question, the entire sentence is underlined. When this is the case, the problem is typically more challenging, if nothing else because of the length of the answers. As we will discover, this SC question entails many issues: meaning, misplaced modifiers, verb tense, pronoun ambiguity, and idioms.

The first step is to read the original sentence to check whether we can identify any errors. We could potentially claim that “it” is an ambiguous pronoun, but that isn’t a strong argument because we would not refer to “a baby girl” (the immediately-prior singular noun) with the pronoun “it.” A more subtle error is the ambiguity associated with the ending modifier, “depending on its XY chromosome.” In fact, this is a misplaced modifier. The noun before the modifier is “a human egg cell.” So the modifier incorrectly refers to the egg cell’s XY chromosome, not to the sperm cell’s XY chromosome. Answer B has a similar problem, because the modifier could refer to either the egg cell or the sperm cell.

We may or may not have caught this subtle error, so let’s examine answer choice splits. To make the discussion easier, we have color coded the words relevant to a given split.

Depending vs. will determine / determines

The difference between answers A/B (depending) versus answers C/D/E (will determine / determines) is one of meaning. The primary subject / verb combination of answers A/B is “a human sperm cell will transform.” The primary idea conveyed is that a sperm cell will transform into a baby boy or girl, something that is common knowledge. The XY chromosome is secondary, since it is buried within the “depending” modifier.

The primary subject / verb combination of answers C/D/E is “the XY chromosome will determine / determines.” The primary idea conveyed is that the XY chromosome is the determining factor of a baby’s gender. This is not common knowledge, and therefore should be the intended meaning of the sentence. We can therefore eliminate answers A and B.

Will transform vs. transforms AND will determine vs. determines

Answers C/D/E have three verbs each, two in the present tense and one in the future tense. “Fertilizes” is present tense in all three answers, and this is appropriate because we use the simple present verb tense to refer to something that happens in general (as opposed to an event at a specific point in time). We need to decide which of the other two actions (verbs) happens in general and which occurs in the future.

In general, the XY chromosome determines the gender. After the egg cell is fertilized and the gender is determined, the sperm cell will ultimately transform into a baby. Therefore, we should use present tense “determines” and future tense “will transform.” We can eliminate answers C and E.

A human sperm cell vs. XY chromosome paired with it fertilizes

Every answer choice uses “it fertilizes.” The pronoun “it” must refer to the noun that fertilizes a human egg cell. A human sperm cell fertilizes the egg. The XY chromosome does not fertilize the egg, yet that is what answers C and E imply. These answers can be eliminated.

Let’s finish by summarizing the flaws described above. Because each of the incorrect answers has multiple flaws, you do not need to identify every flaw in order to pick the correct answer.

“I began working with Vinay one-on-one after my first GMAT score wasn’t what I had hoped for. We worked together for about six weeks and he helped improve my score dramatically. He was great to work with, explained everything in a very straightforward way that was easy to understand, and made sure I understood the particular topic before moving on. I would highly recommend him to anyone looking to improve his or her GMAT score.”